This is a Python script that will continuously run the official Speedtest CLI application by Ookla, takes input from environment variables, formats data and writes it to an InfluxDB v2 database.

This script will allow you to measure your internet connections speed and consistency over time. It uses env variables as configuration. It's as easy to use as telling your Docker server a 1 line command and you'll be set. Using Grafana you can start exploring this data easily.

Breadlysm built a grafana dashboard for this data that can be found at https://grafana.com/grafana/dashboards/13053. Additionally, an extended version of that dash by other contributors can be found here. Use GrafanaDash-SpeedTests.json to import that dash into Grafana, though you will have to adapt it a lot to work with the newer InfluxDB version. 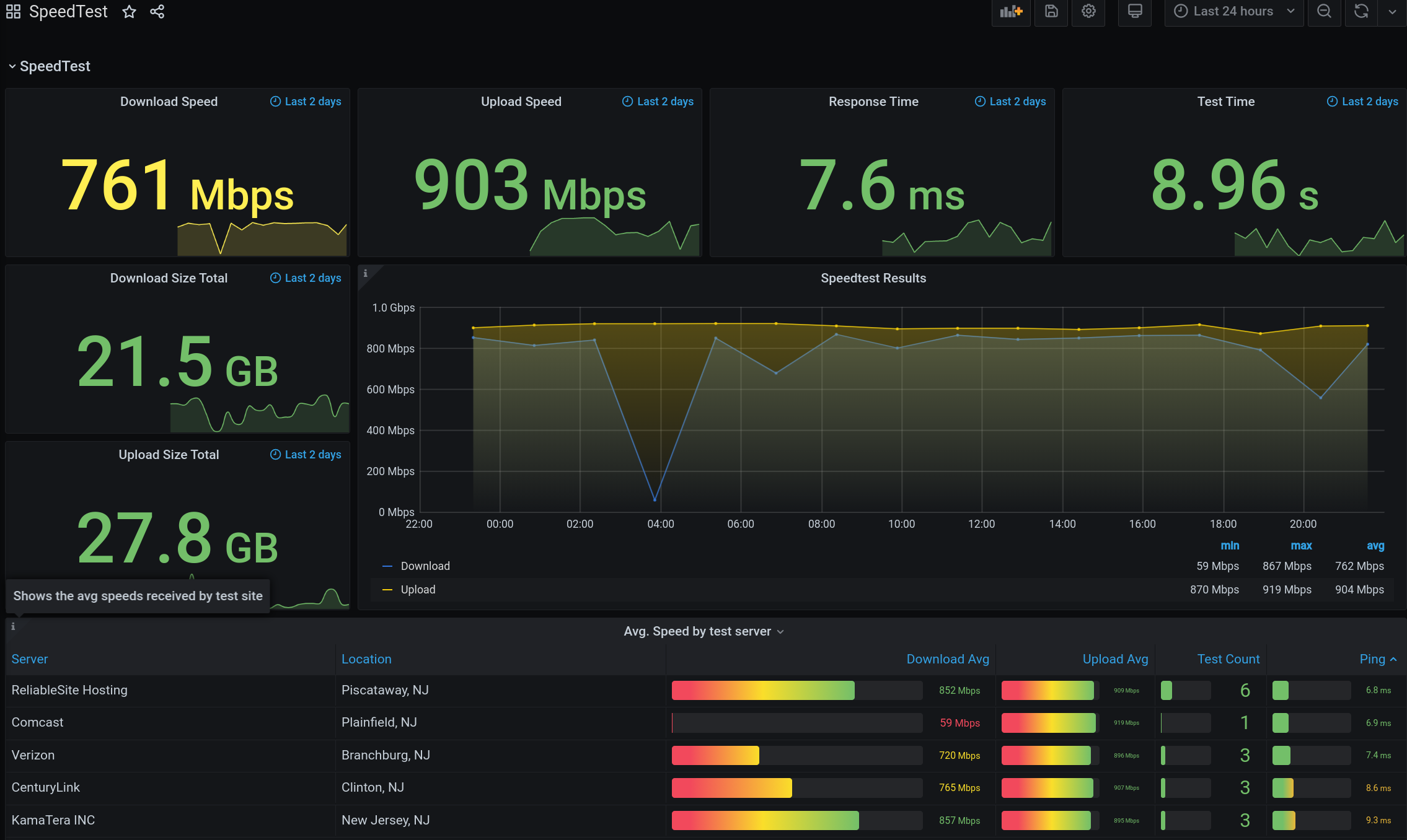 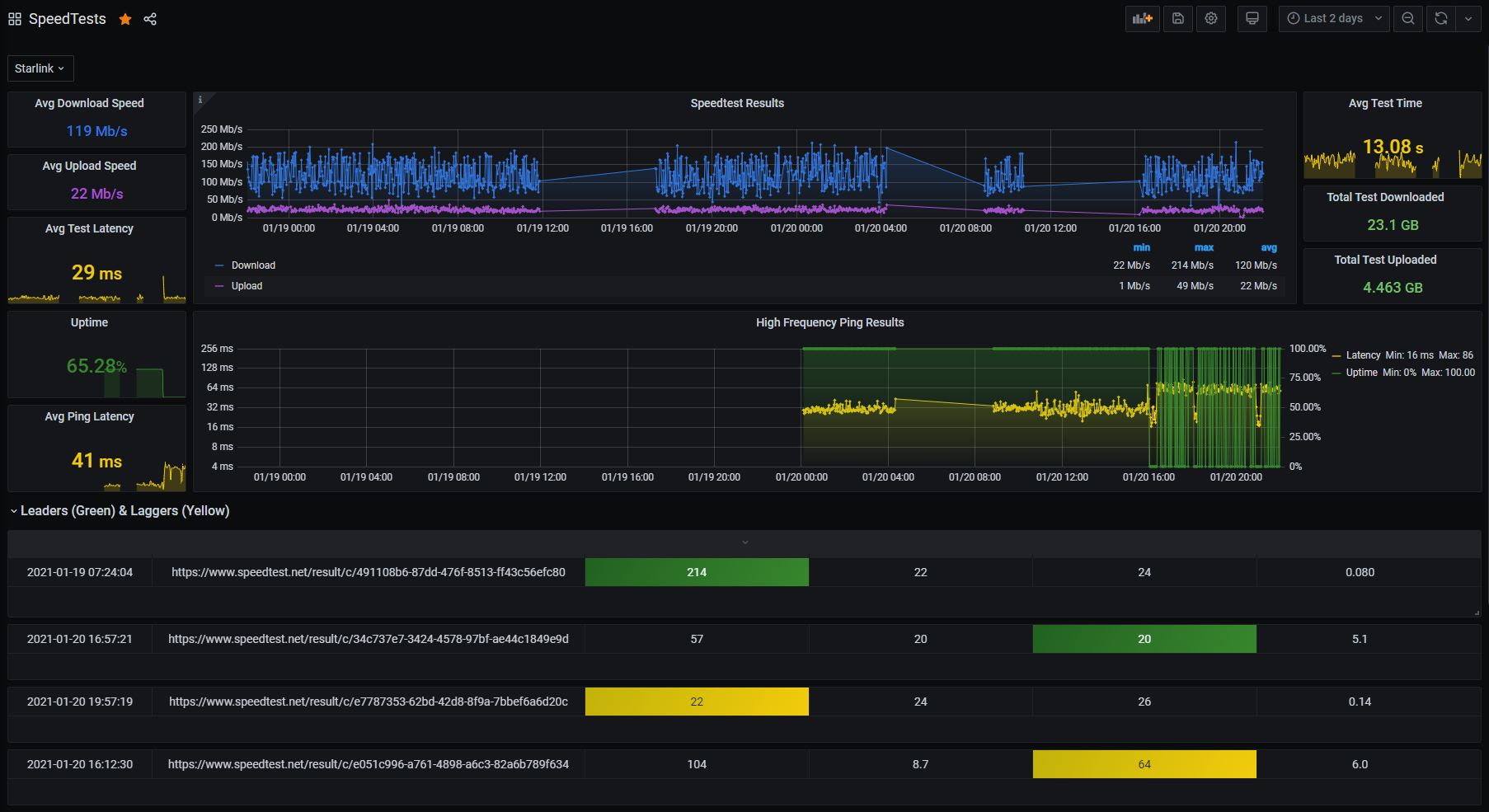 There are some added features to allow some additional details that Ookla provides as tags on your data. Some examples are your current ISP, the interface being used, the server who hosted the test. Over time, you could identify if some servers are performing better than others.

The InfluxDB connection settings are controlled by environment variables.

The variables available are:

The Ookla speedtest app provides a nice set of data beyond the upload and download speed. The list is below.

Be aware that this script will automatically accept the license and GDPR statement so that it can run non-interactively. Make sure you agree with them before running.

As of now, the container is also reachable through this repository's container registry: