Note that the below screenshots still show the X configuration from v0.1. The current dotfiles are geared toward wayland for which the setup looks similar but not identical to the previews below.

What's in these dotfiles

The dotfiles use GNU stow to link themselves in the home directory. You can clone this repository anywhere (though I have mine in ~/.dotfiles as it seemed most logical for me).

I would recommend doing an initial git clone --recursive for this repository, since it contains git submodules, which will then automatically get pulled in as well. Of course, you can do it non-recursively and then just pull those modules selectively which you actually want.

Once in the repository directory, when you then run ./install.sh it will install many of the packages I use (though they are probably slightly out-of-date) and link the dotfiles into the home directory. I would mostly recommend this on fresh machines or a test machine first - it will link my personal dotfiles and, if you allow it, will install quite a few packages. By default it will ask your consent for some steps -- use ./install.sh -f to force yes to everything.

The dotfile installation procedure is based on stow, it will not overwrite anything already in the home directory (though you can force it to if you really want, using stow --override='.*' -- I do not recommend this).

NOTE The same non-destructive installation procedure does not apply to the package installation and system setting file linking, where it can potentially overwrite or remove existing files.

After all files are linked and you open a new shell session, the dotlink alias will allow you to re-link all dotfiles from anywhere on the system.1

Both automatic installation paths are presumably somewhat brittle. In any case, I would suggest to manually look through the files for things you want instead of copying and activating everything. Dotfiles are too personal to be standardized like that. They're pets, not cattle. Enjoy! 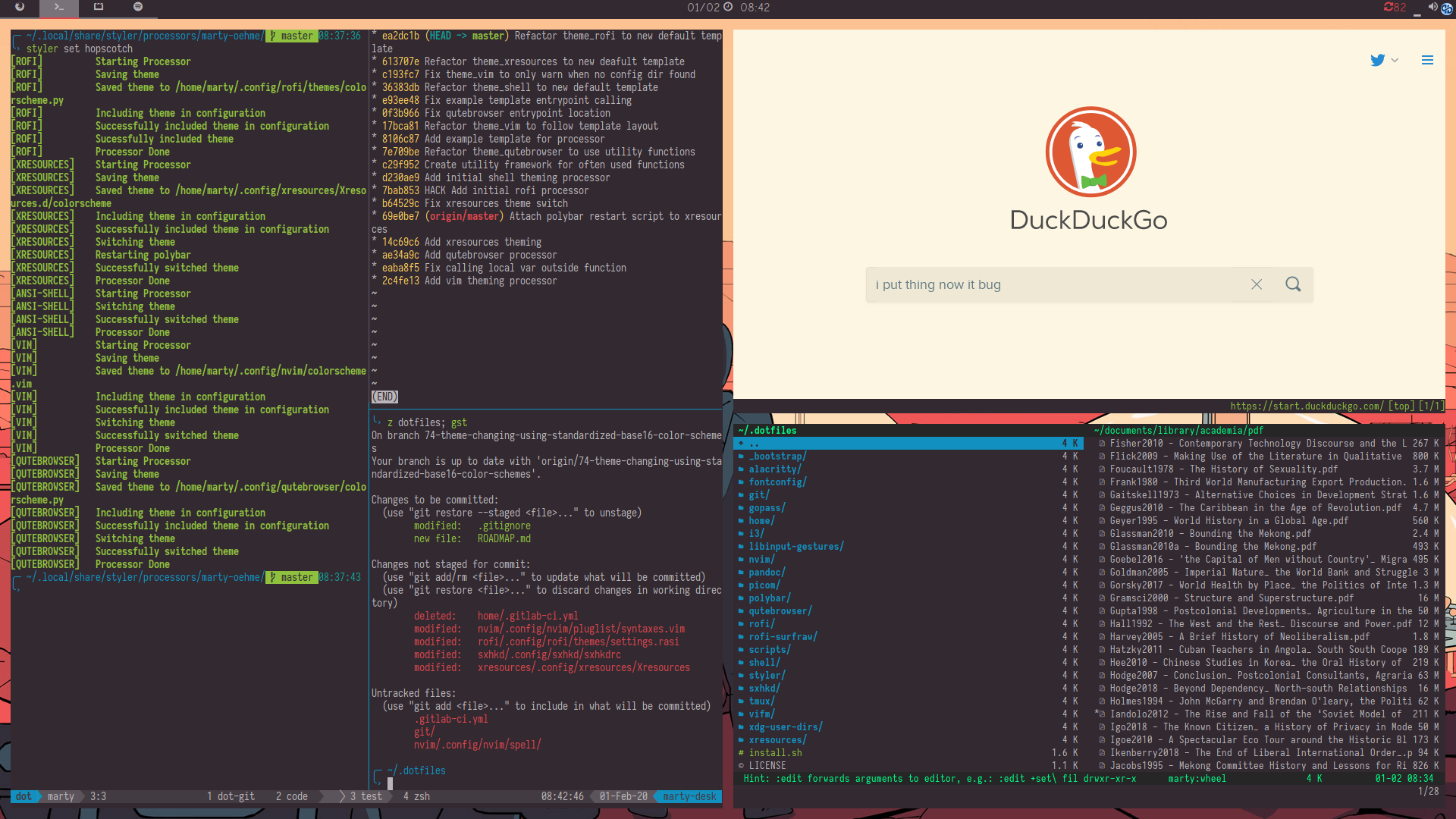 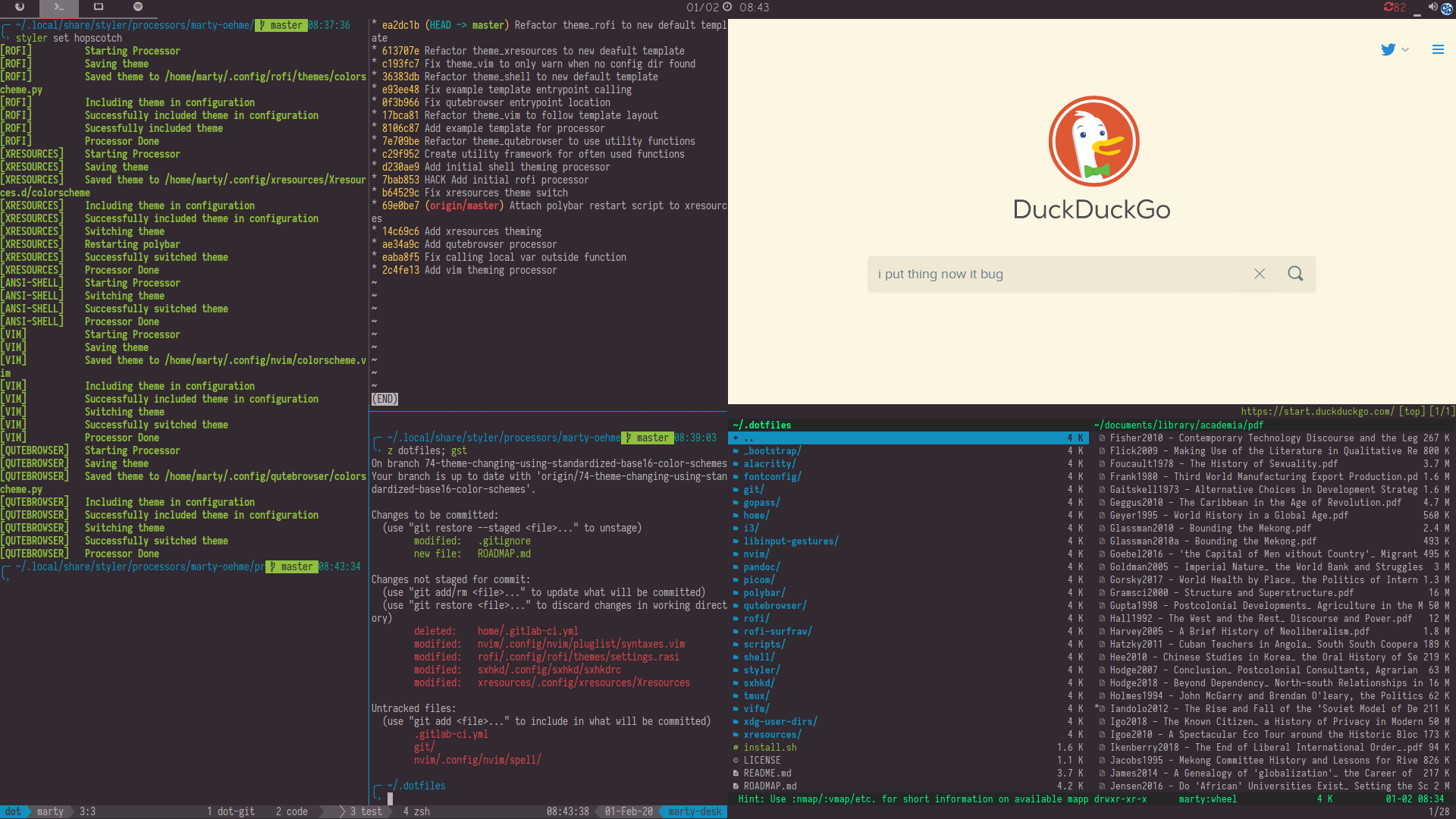